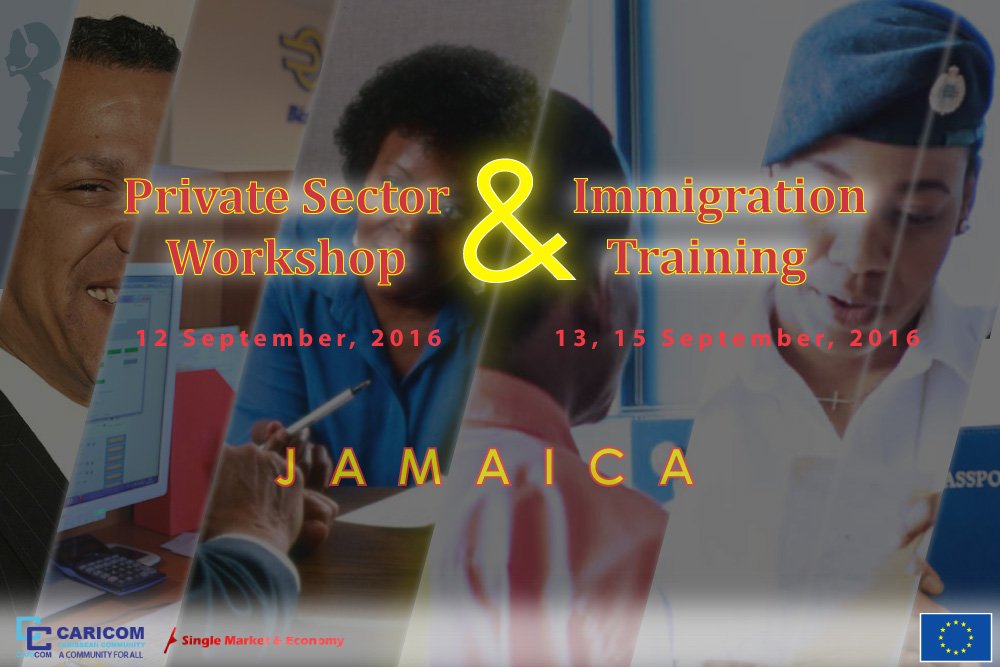 The Caribbean Community (CARICOM) Secretariat is ensuring that key stakeholders are knowledgeable about the CARICOM Single Market and Economy (CSME) and how they can maximise benefits under the CSME processes. On Monday, September 12, the Secretariat is convening a one-day CSME sensitization workshop for the private sector in Jamaica at The Pegasus Hotel. Approximately 35 participants from Jamaica’s corporate community are expected to attend the event. The CARICOM team will be headed by Assisitant Secretary-General for Trade and Economic Integration, Mr. Joseph Cox.

The activity is being facilitated via collaboration between the Secretariat and Jamaica’s Ministry of Foreign Affairs and Foreign Trade. The Ministry received funding from the Commonwealth Secretariat to facilitate the workshop, while the Secretariat was assisted under the 10th European Development Fund (EDF) CARICOM Single Market and Economy (CSME) and Economic Integration Programme (EIP).

The workshop will cover the current status of the CSME; the CSME as a platform for private sector growth and development; and an update on the implementation of the CSME in Jamaica. Some of the private sector bodies participating include the Chamber of Commerce, the Private Sector Organization of Jamaica, the Jamaica Manufacturers Association and the Jamaica Exporters Association. Representatives of the Ministry of Industry, Commerce and Agriculture; Ministry of Finance and Public Service and the Trade Board among others will also attend. The session is an opportunity for participants to share their concerns and get clarification on issues regarding the CSME.

Following the Private Sector workshop, the Secretariat will also be conducting training for approximately 50 immigration officers on the facilitation of travel procedures under the CSME free movement arrangements. This training will take place on Tuesday, September 13 at the Management Insitute of National Development in Kingston and on Thursday, September 15 at Sunscape Resort in Montego Bay. This training exercise is also facilitated under the 10th EDF CSME EIP.