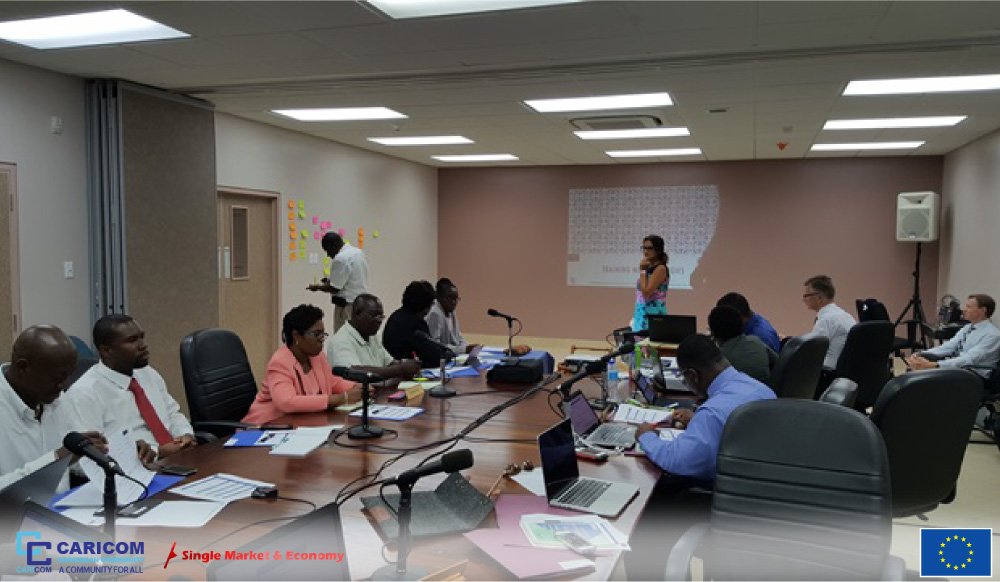 The Caribbean Community (CARICOM) Secretariat continues its drive toward establishing an integrated and single CARICOM Single Market and Economy (CSME) Public Procurement Regime. A week-long train- the-trainers workshop began on Monday, September 19 at the Secretariat’s CSME Unit in Barbados. The workshop’s aim is to train procurement specialists on the instruments that make up such a regime. Representatives from Antigua and Barbuda, Barbados, Dominica, Montserrat, St. Kitts and Nevis and Saint Lucia are attending this week’s training. This is part of a consultancy that is facilitated under the 10th European Development Fund CSME Economic Integration Programme. Fourteen CARICOM Member States are targeted under the training exercise and the first series took place in Jamaica from July to August, 2016.

The training workshops in Member States are facilitated by Eurosupport – Fineurop Support srl, the consulting firm contracted to undertake the implementation of the project, ‘Development and Implementation of the Infrastructure and Instruments for an Integrated CSME Public Procurement Regime’.