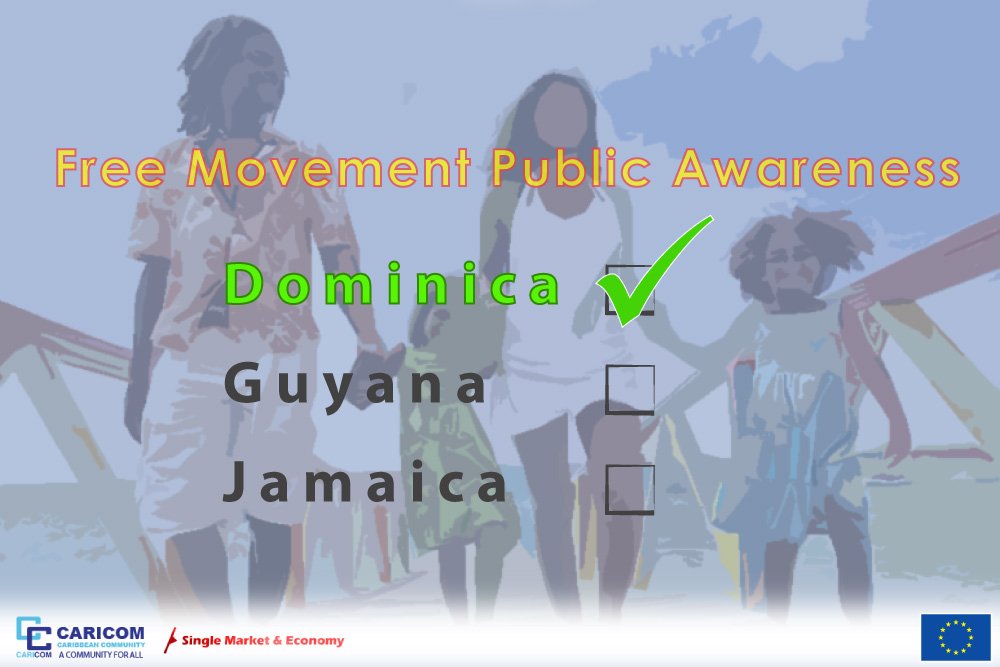 Dominicans are now far more knowledgeable about their rights and responsibilities regarding the provisions for free movement within the CARICOM Single Market and Economy (CSME). This is due to a successful public sensitization session hosted by the CARICOM Secretariat on Friday, September 9 at the Goodwill Christian Union Church. Just over seventy (70) persons representing a wide cross-section of the Dominican public attended the activity which was also broadcast live by the Government Information Service, Kairi FM and Marpin 2K4 Ltd. The event in Dominica is the first of three (3) such sessions being implemented by the Secretariat with assistance provided under the 10th European Development Fund (EDF). The other two (2) sessions will be held later in Guyana and Jamaica.

In his welcome remarks, Director of Trade, Mr. Matthan Walter, commended the initiative and highlighted its critical importance to citizens of the Community as they seek to work and travel within the region. Presentations were made by resource persons from the Secretariat and covered the free movement and travel arrangements under the CSME. Participants were informed of their rights and responsibilities as CARICOM nationals as they travel within the CSME for reasons of employment, vacation or business. They were also apprised of the CARICOM Complaints Procedure that is available if they feel that they were prevented from accessing their rights under any of the regimes. At the end of the session, persons expressed their satisfaction with the information shared and having their questions and concerns addressed. Some of the issues raised related to how to obtain a CARICOM Skilled National Certificate, the movement of capital, and the harmonisation of procedures across Member States.

The activity was ably supported by the Ministry of Foreign Affairs and Trade with key officers in attendance. This public sensitization exercise forms part of a larger public education strategy to promote the CSME as an important platform for realizing the goal of regional integration and a better quality of life for CARICOM nationals.