Tomorrow, CARICOM leaders head to the scenic Montego Bay, Jamaica, for their Thirty-Ninth Regular Meeting. The Meeting will be held 4-6 July at the Montego Bay Convention Centre.

As it was, more than two decades ago when Jamaica hosted the Eighteenth Meeting of the Conference in Montego Bay in 1997, the CARICOM Single Market and Economy (CSME) is the main focus. The Heads of Government gather this time around in a global environment that is different from what was occurring in 1997. The current background is of entrenched globalisation that has spawned cross-border networks in people, goods and services, and crime in all its manifestations as well. It is a background of limited positive performances and general economic downturn in the Caribbean, and international trade and financial postures that have potentially crippling effects on Member States. And, looming large and menacingly are the consequences of climate change on small states that are already vulnerable. 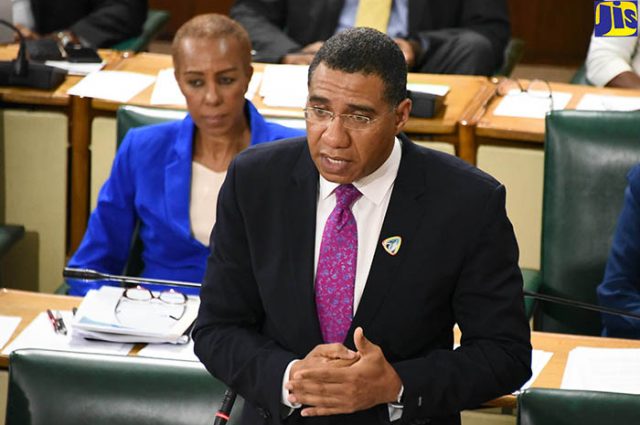 The emphasis at the Meeting from 4-6 July under the chairmanship of the Most Hon. Andrew Holness, Jamaica Prime Minister, is the CSME. The Heads will be locked in discussion on the regional flagship programme on Thursday. They will also consider the Report of the Commission to Review Jamaica’s Relations within the CARICOM and CARIFORUM Frameworks, which also references the status of the CSME versus decisions that were taken to move the flagship programme forward.

The CSME, conceptualised in 1989, seeks to create a single, enlarged, economic space by removing restrictions resulting in the free movement of goods, services, people, capital and technology. The Single Market component of the CSME was established on 1 January, 2006. While it has recorded progress, stakeholders are dissatisfied with the rate of implementation of some of the decisions taken to further develop the CSM. In prioritising the CSME, the Heads of Government had mandated a review of the programme which considered the status and challenges.

Leading up to the Meeting of the Heads of Government, the CARICOM Secretary-General held a Consultation in Georgetown, Guyana, which sought stakeholder feedback on the CSME. The forum was supported by the Caribbean Development Bank (CDB). The tone of the two-day forum was set with a high level discourse that was led by Prime Minister of St. Vincent and the Grenadines, Dr. the Hon. Ralph Gonsalves, former Prime Minister of Jamaica, Mr. Bruce Golding, and Head of Economics, Caribbean Development Bank. Dr. Justin Ram. The Consultation benefitted from inputs of the Region’s private and public sectors and labour, and also pursued matters related to public education on the CSME and will provide some context for the discussions in Jamaica. The outcomes of the forum will be used to inform the review of the CSME being undertaken by the Heads of Government.

There was the consensus among stakeholders at the Consultation that the CSME was critical to the sustainable development of the Community, but that implementation and buy-in by the populace were challenges. There was concern about the disparities in economic development of Member States which are participating in the CSME, as well as an acknowledgement that not all parties will benefit in the same way.

Some of the key observations and recommendations of Stakeholders at the Consultation were:

These are among the matters that will inform the discussions the Heads of Government will have on the first day of the Conference that will be devoted to the CSME.

When the Heads of Government met in Montego Bay more than two decades ago, the Meeting was held under the shadow of the eruption of the Mount Soufriere volcano in Montserrat, and as Member States were rallying around their sister country. They meet this week in the wake of another natural disaster – this time, Category Five Hurricanes - which occurred in 2017 and which devastated some of our Member States and Associate Members - and at the beginning of the 2018 hurricane season which threatens to be just a bad. Most of the Member States and Associate Members of CARICOM are in the hurricane belt.

Day 1 of the CDEMA Pre Council Symposium is on the way in Jamaica with great representation from National Disaster Coordinators, Regional Organisations, Non-Governmental and Governmental Agencies, Regional Delegates and the CDEMA Team. pic.twitter.com/0X4NzR2RQK

As the Community moves to build back better and be more resilient, the Heads of Government will have discussions on how to build that disaster resilience following the passage of Hurricanes Irma and Maria. Discussions will be held on funding for the climate resilience-building and rebuilding processes. The Caribbean Disaster Emergency Management Agency (CDEMA) is currently hosting meetings in Jamaica on building resilience and disaster risk management. The outcomes of those discussions will be fed into the Heads of Government Meeting.

The Heads of Government are also expected to approve a Draft Declaration on Climate Change.

Access to timely and accurate data is a challenge that the Community must confront. Emphasis has been placed on the need for decisions to be based on empirical data and, to this end, the Region has been moving ensure the Region's statistics systems supply quality data. At their last Community Council Meeting in mid-May, Ministers responsible for CARICOM Affairs recommended that the Strategic Framework of the CARICOM Regional Strategy for the Development of Statistics (RSDS) be placed before the Heads of Government for endorsement.

The Heads of Government Summit will be preceded by a Meeting of the Council for Finance and Planning (COFAP) and the swearing in of the President of the Caribbean Court of Justice (CCJ), the Hon. Mr. Justice Adrian Saunders. He replaces Sir Dennis Byron.