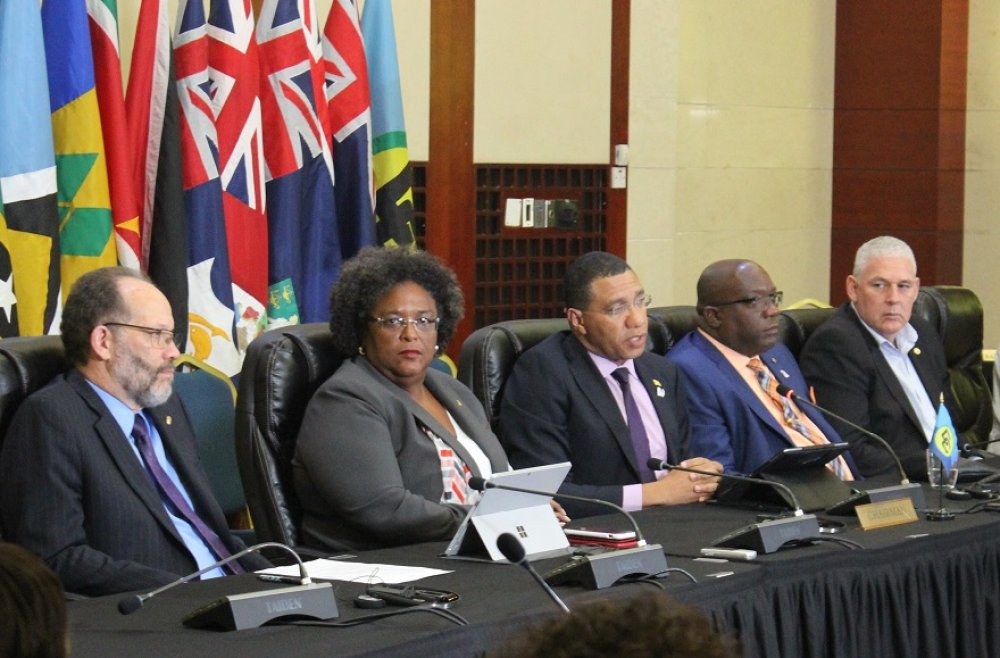 In a major step that would encourage greater free movement of skills across the Caribbean Community, CARICOM Heads of Government adopted the ‘Protocol of Contingent Rights’ at their just ended Summit in Montego Bay, Jamaica, and several Heads of Government immediately signed on to the agreement.

Contingent Rights are those rights granted to a CARICOM national and his or her spouse and immediate dependent family members if he or she moves to another country under the free movement of skills regime. These include access to social services.

“We promised that we will ensure family unification through the granting of important rights to spouses and dependents of citizens who move across the Region to work, provide their services and establish companies. We have guaranteed these rights through the Protocol on Contingent Rights.

“This is a matter that has been long outstanding and is a major step that will encourage greater use of the free movement regime as it ensures greater levels of comfort and peace of mind for the families. This is a crucial step to making CARICOM more functional and relevant to the people of the Region.

And in commending the move, Prime Minister Mia Mottley of Barbados, who has Lead Responsibility in the CARICOM Quasi-Cabinet for the Single Market and Economy told journalists at the Summit’s closing press conference:

“For this Protocol to have been signed today is the most significant event in the history of Caribbean affairs since the Single Market was signed here in Jamaica and came into effect here in Jamaica in 2006.

CARICOM Heads, at their Montego Bay meeting, also adopted the Procedures on the Refusal of Entry of CARICOM Nationals and the harmonised form to be used by Immigration when refusing entry. This should be implemented by 1 August 2018.

In recognition of the need to keep focus on the CSME, a Special Meeting of CARICOM Heads of Government will be held in November in Trinidad and Tobago.  The Prime Ministerial Sub-Committee on the CSME will also meet quarterly to guide and invigorate the implementation process.

More in this category: Barbados Working To Implement CSME-Related Decisions »
back to top